I love this term – it’s like the phrase wave two of feminism! Marking out differences along the journey and how people change and adapt practice as they implement their thinking.  I hope second generation PB will be more positive than some of the wave two feminism though!

Big thank you to Oliver Escobar for using simple terminology to show the step that is expected now with PB.  And even bigger thanks to the bold and brave (then) Minister Marco Biagi who fought to get this included not only in the government’s agenda, but to put it down in the statute books: 1% of Local Authority funding must be spent using PB, and is currently being planned for across Scottish authorities.

This year’s PB conference was largely about academics and practitioners sharing their learning to help people think about how they make that leap.  For me the second generation of PB phraseology is a welcome way of saying we’ve played at this thing called PB for many years, but now we need to get serious and start to adopt it as a way of strengthening and widening our democratic decision making. 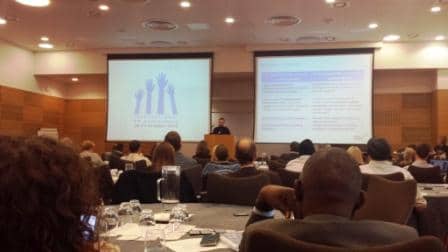 It will require new skills, knowledge and competencies from politicians, staff and communities if it is to survive and transform the way we do political decision making over public budgets.  Marco shared some of his insights in a workshop on day two with the freedom of no longer being in office, and as an academic at Yale.  I have taken some of the messages in his session and shared my perspective of them below:

I have seen the power of PB time and time again in the first generation of PB.  It never ceases to amaze me how exciting it is, and how empowering it is for those working in public service and the communities they serve.

Scotland is raising the bar for second generation PB; it is creating the conditions for a new dialogue and an empowered community; it is creating a new way of doing democracy.  They have been brave and required Local Authorities to allocate 1% of their budget to this process. Let’s hope it is indeed catching and becomes the norm for the wider UK.